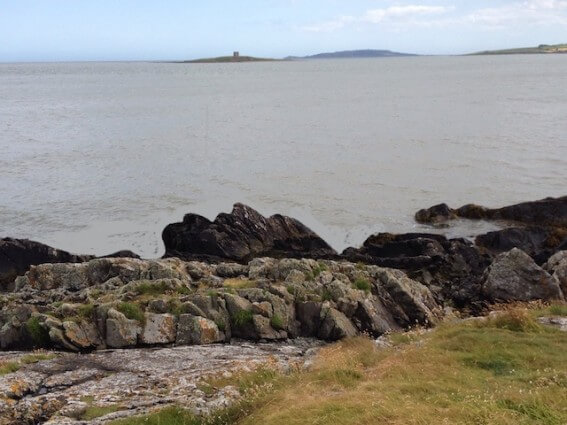 PROPOSAL by artist Paul D’Arcy in association with

Celtic mythology does not propose a single version or description of the creation but a few Celtic myths mention that heaven and earth was created by giants, who were considered to be the original ancient gods.

According to one Celtic myth, the creation took place by the primordial first god who, by means of a melody played by his breath, sang creation into existence. To the Celts it was known as the Oran Mór, “The Great Melody of Life”, a melody that did not cease with the initial creation, but goes on and on for eternity. The Oran Mór, as the primordial ‘sea melody’, flows through everything to this day.

Celtic myth claims that in the beginning nothing living existed – not even gods -but that the earth was comprised of land and sea and tells of a mighty melody……………….

‘Once upon a time, there was no time and that was when there also was no gods and no man walked the surface of the land. But there was the sea, and where the sea met the land, a mare was born, white and made of sea-foam.
Her name was Eiocha.
And not far from where the land met the sea, a tree grew, a strong and sturdy oak. On the oak grew a plant whose seeds were formed of the foam tears of the sea. To sustain her, Eiocha ate these white berry seeds, and they were transformed within her. She grew heavy with child and gave birth to the god, Cernunnos.
After the birth Eiocha took the bark from the oak tree and hurled it into the sea.
The bark was transformed by the sea and created the Giants of the deep.’

The inspiration for this project is born in this Celtic mythology and these Sleeping Giant rock sculptures will remind us all of our rich folklore.

It is proposed to use the indigenous limestone rock around Red Island in Skerries, County Dublin to create three sleeping figures that will have to be sought out amongst the surrounding rocks.

The sculptures will represent mythical Celtic giants as protectors of the land and sea. They will be part of the landscape/seascape and will subtly change with the rise and fall of the tide and the weather conditions of any particular day.

Each sculpture will be visible from only one specific vantage point in front of the work and stepping left or right of this vantage point will make the sculptures ‘disappear’ back into the surrounding natural rock formations of Red Island.

This concept is unique and has not been created anywhere in Ireland and from research would also appear to be a world first. It would therefore have far reaching positive cultural and tourism implications within the region.

The sculptures will ecologically reflect art in nature and nature in art.

Procedure for creating the Sculptures : Carefully selected rock profiles have been identified for this proposal. Each profile has been selected to allow the minimal amount of ‘sculpting’ to the rock’s profile to achieve the desired sculptural form.The sculptures will be created using a combination of pneumatic chisel, consaw, grinder and finished with hand hammer & chisel.

Working on the sculptures will be at low tide.

Resulting ‘waste’ from creating the sculpture will consist of pieces of rock between 20mm and 500 mm in size.

It currently proposed that the small volume of ‘waste’ be left in an around the sculptures as it is natural to this environment.

Over the last five months we have been consulting with the various national bodies that would need to approve the project before it could go ahead.

These included the Irish Marine Institute of Ireland regarding environmental issues, the Department of the Environment regarding foreshore licence and the National Parks and Wildlife Services regarding special conservation orders and wildlife.

We are delighted to say that each of these institutions from their statutory points of view have no issues with the Sleeping Giants project proceeding.
The project does not have any environmental issues of concern from the point of view of the Marine Institute of Ireland, The Department of Environment, Community and Local Government has advised that consent under the Foreshore Act 1933 is not required and wildlife/special conservation areas will not be interfered with as stated by Wildlife Services.

We have also been given the support of the Blue Society which is an Irish / EU organisation, who’s remit is promoting and educating the public about the sea as an environment.

Skerries Tourism have been very enthusiastic and also fully endorse the project.

A more detailed map can be viewed on google maps 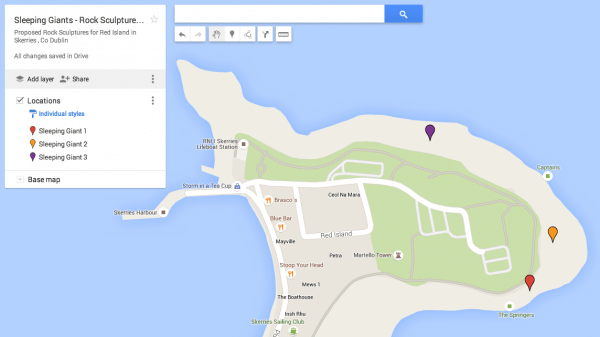 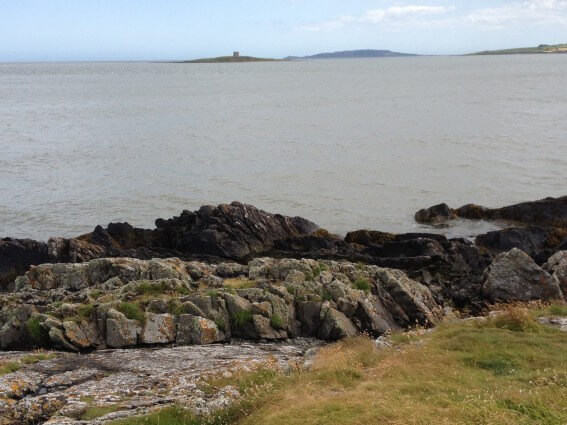 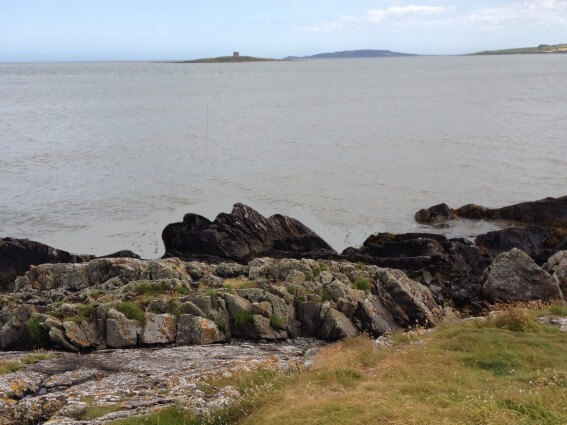 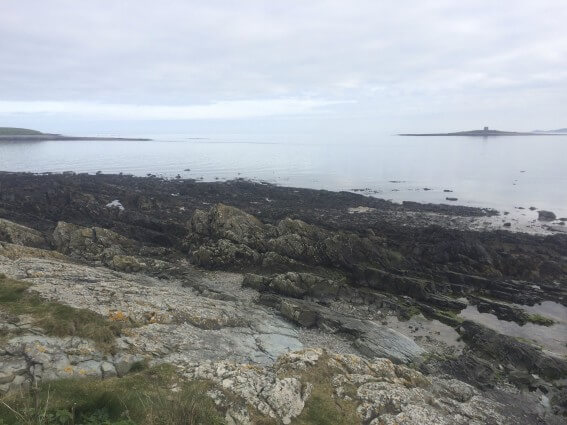 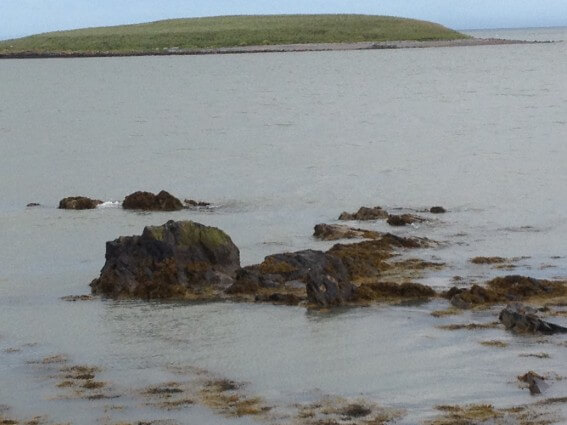 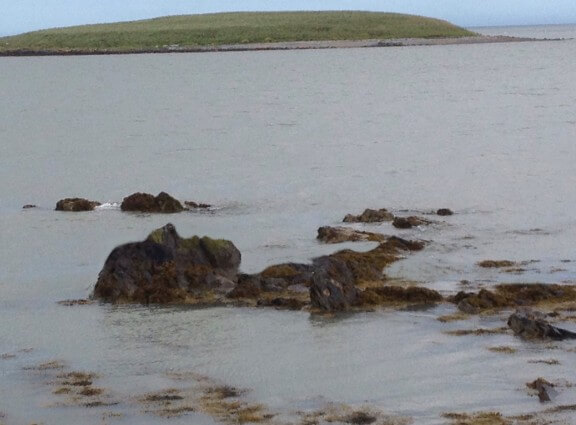 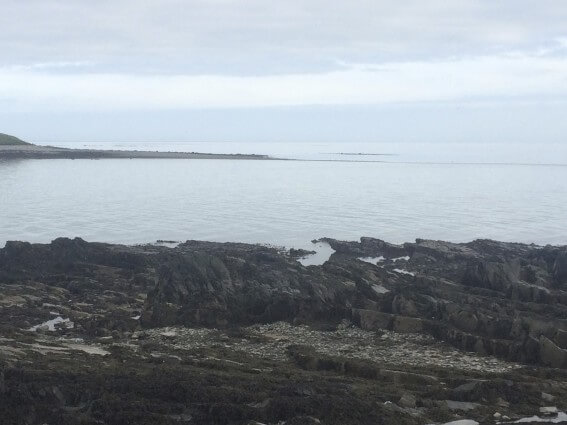 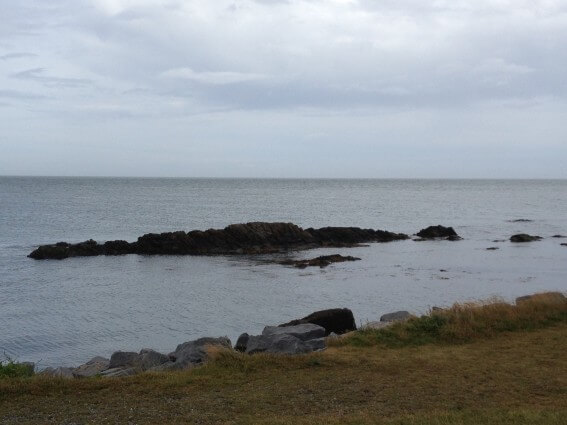 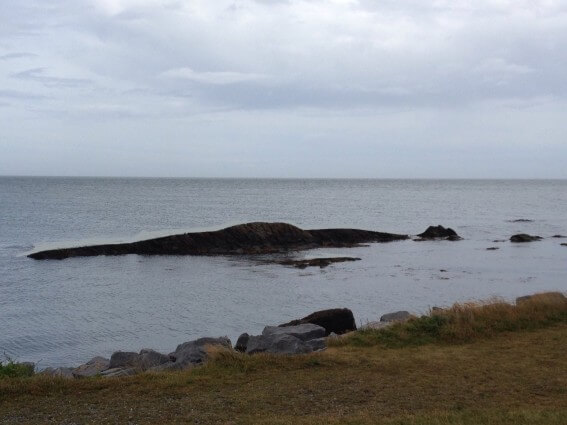 The three sculptures around Red Island will be unique within the island of Ireland and from research have not being created anywhere else in the world. Therefore their attraction to the community and tourism will be substantial. In conjunction with the St Patrick’s footprint already located on Red Island, the sculptures will create a tourism package that will have a wide appeal both nationally and internationally.

Simply put, when the community and tourists walk around Red Island they will have considerably more to see and engage with.

The sculptures will be a free attraction to both community , tourists and will be of particular interest and joy to children. Parents can invite them to find the sculptures amongst the rocks. It is art that will excite the imagination of art lovers and non art lovers alike because of its connection with the environment, nature and folklore. 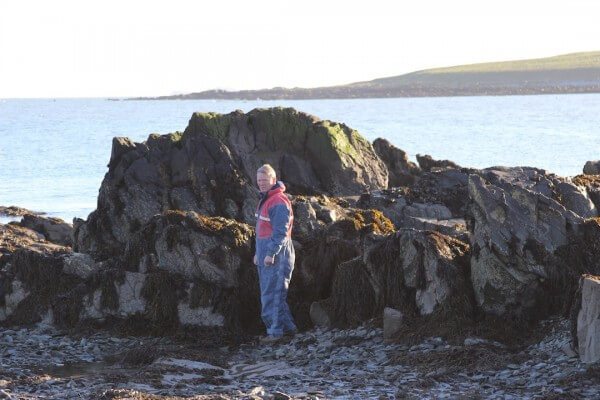 The scale of the sculptures will measure approximately as follows :

Note : Height is variable due to the tide coming in and out.

At low tide the entire sculptures will be visible and at high tide only part of each sculpture will be visible. Each piece emerging and submerging according to the tidal flows of the particular day will also add a certain life to the artwork. 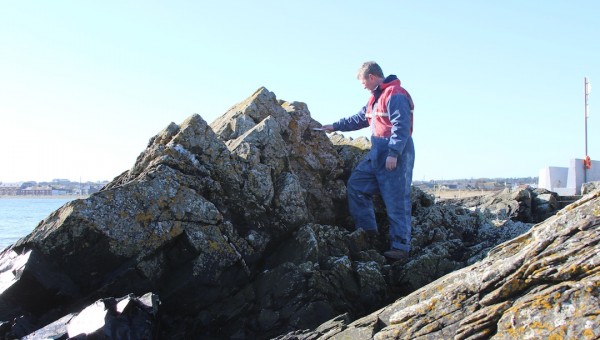 Due to the size , scale and access requirements to site for this project it would be envisaged that the overall project would take six to nine months to execute. Works can only be carried out at low tide and during favourable weather conditions.

Paul D’Arcy is a professional artist for the past 25 years and some of his more recognised local sculptural projects include the Rush Millbank theatre ‘Oscar’ sculpture and the Floraville ‘Embracing Seals’ sculpture in Skerries. His artwork is included in public collections including Fingal County Council, the Office of Public Works and in private and corporate collections in Ireland and abroad.

If you have any information you wish to contribute to move this project forward please use the information provided below as an initial contact point.

This website uses cookies to improve your experience while you navigate through the website. Out of these cookies, the cookies that are categorized as necessary are stored on your browser as they are essential for the working of basic functionalities of the website. We also use third-party cookies that help us analyze and understand how you use this website. These cookies will be stored in your browser only with your consent. You also have the option to opt-out of these cookies. But opting out of some of these cookies may have an effect on your browsing experience.
Necessary Always Enabled
Necessary cookies are absolutely essential for the website to function properly. This category only includes cookies that ensures basic functionalities and security features of the website. These cookies do not store any personal information.
Non-necessary
Any cookies that may not be particularly necessary for the website to function and is used specifically to collect user personal data via analytics, ads, other embedded contents are termed as non-necessary cookies. It is mandatory to procure user consent prior to running these cookies on your website.
SAVE & ACCEPT
Scroll to Top